I have wonderful memories of going to a farm with my Uncle and cousins around Thanksgiving and getting warm, just-made cider donuts there. They were soft inside with that earthy cinnamon sugar crunch outside, and we would stand in the slightly cold air, not talking, inhaling our treats. The memory is just as much about the wind making our cheeks rosy and the shaking leaves and the warmness of being together as it is about the donuts. But this is what food is all about – sharing times together, building these sense memories that last our lifetimes. 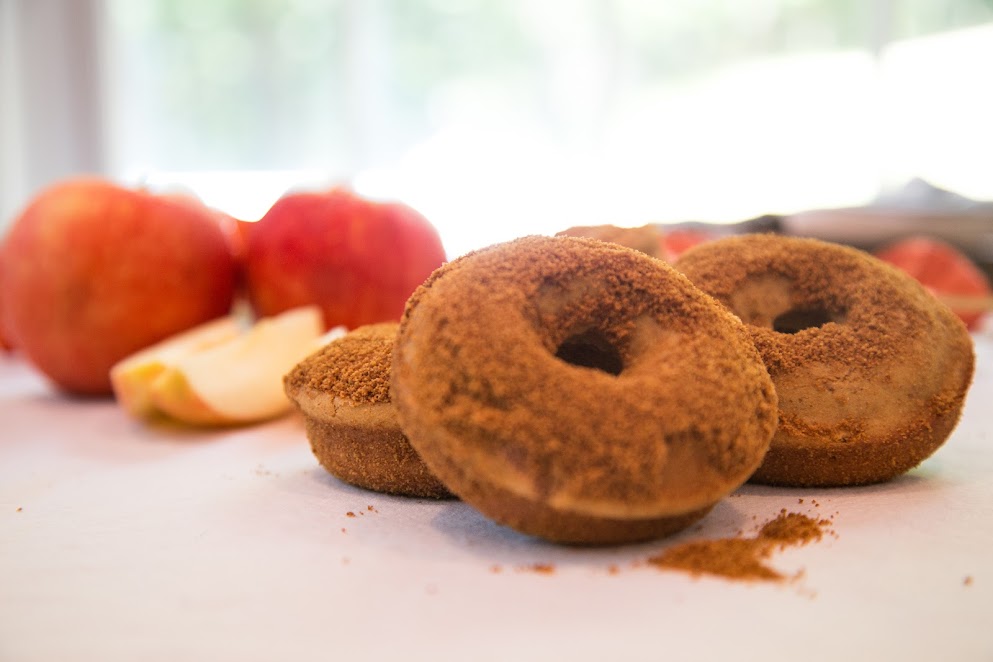 I’ve dreamed of making a gluten / dairy free apple cider donut for several years now. Originally, my plan was to fry them, and I may get to that yet, but for now, I have found that the simplicity of baking them wins out. Not to mention, they taste very very similar to the fried ones (read: totally delicious).

The first time I made these, I tried making them vegan, using flax eggs. The donuts came out OK but I felt they needed revamping, and in my second attempt (what you see here) I switched to eggs, along with some other changes. And they came out fabulous. 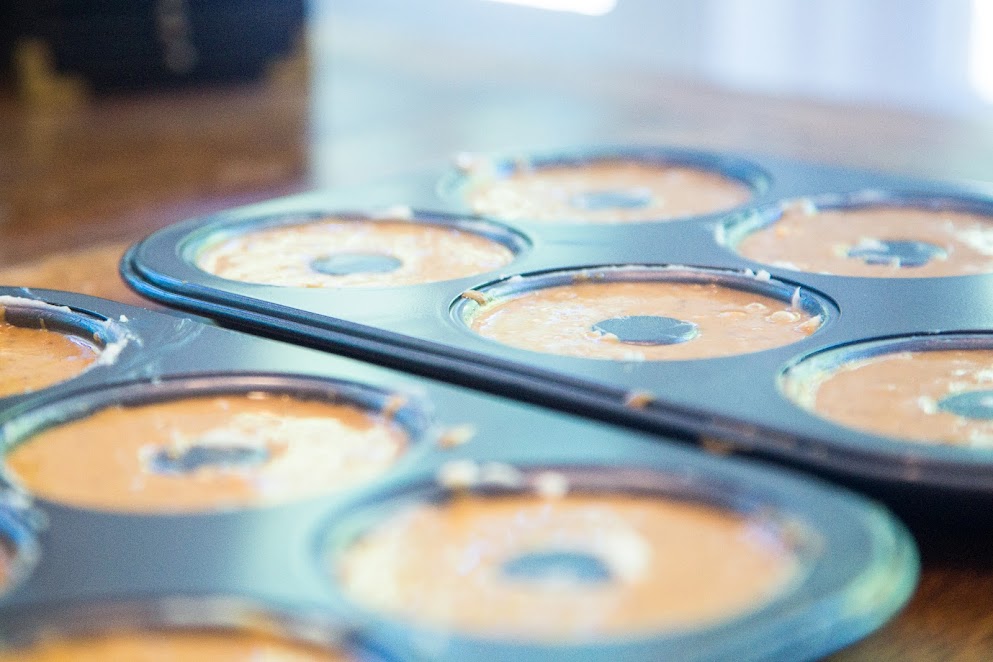 Apple cider is key here, along with either pumpkin spice (my preference) or the blend of comparable spices. The cinnamon sticks are important too; they increase the cider flavor.

There is a super special feature to these donuts you won’t find elsewhere, but I swear they make them extra-special: bacon grease. Yup you read that right. And no, you won’t find these taste like bacon. Not in the least. You can thank my husband for this unique addition. I was bemoaning the available fats for coating the donuts post-baking (vegan butter, too dry; coconut oil, too hard when cooled) and he suggested the bacon grease. It happens to be a beloved fat in our home. We purchase bacon from Lima Family Farms, where pigs live good lives and eat well, so we know our pork will be good as well. Animal fats are indeed good for you, but the catch is they need to come from animals that have been raised well. For more details, check out Kitchen Stewardship’s post on the topic.

Needless to say, we see benefit in our bacon grease. And we save every bit of it, using it for just about everything, from roasted veggies to soups to baked goods! 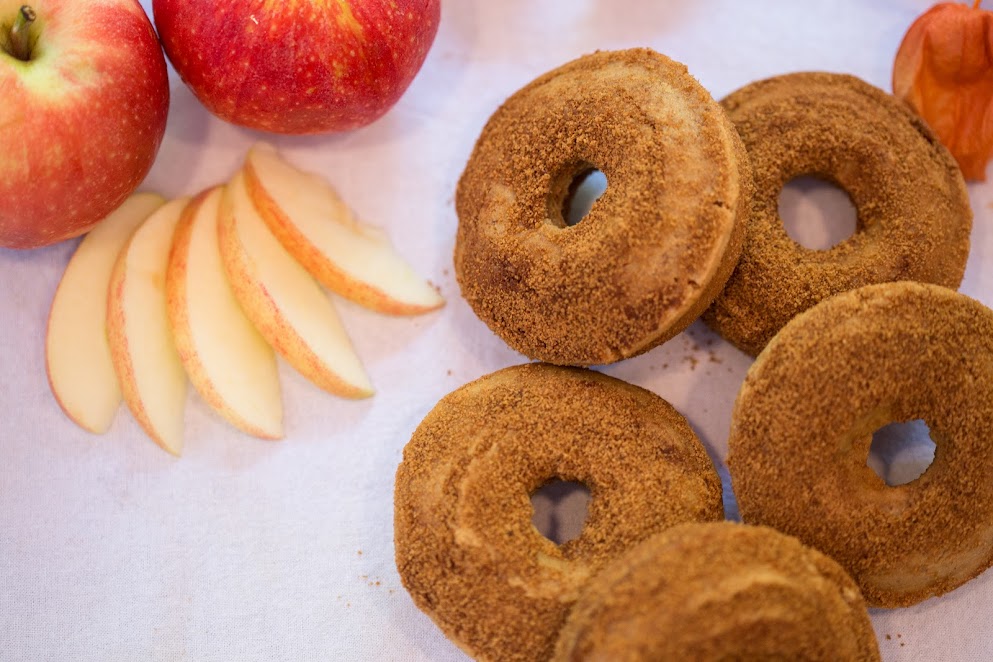 These donuts are sure to delight. They are totally moist but still have plenty of crunch from the cinnamon sugar. Enjoy them, preferably with those you love and plenty of your hot beverage of choice.

NOTES:
*Not all brands are gluten-free; check here to find ones that are

Cider and cinnamon come together in a moist, dense donut.